Evocation of the Alexandrina's Beatification

Tomorrow is the day of Pope John Paul II beatification. The ceremonies can be followed here.
Remember the homily of John Paul II in the day of Bld Alexandrina’s beatification:
"Do you love me?", Jesus asks Simon Peter, who replies: "Yes Lord, you know that I love you". The life of Blessed Alexandrina Maria da Costa can be summarized in this dialogue of love. Permeated and burning with this anxiety of love, she wished to deny nothing to her Saviour. With a strong will, she accepted everything to demonstrate her love for him. A "spouse of blood", she relived mystically Christ's passion and offered herself as a victim for sinners, receiving strength from the Eucharist: this became her only source of nourishment for the final 13 years of her life.
With the example of Blessed Alexandrina, expressed in the trilogy "suffer, love, make reparation", Christians are able to discover the stimulus and motivation to make "noble" all that is painful and sad in life through the greatest evidence of love: sacrificing one's life for the beloved. Secret of holiness: love for Christ
8. "Yes Lord, you know that I love you" (Jn 21: 15). Like Peter, like the Apostles on the shore of the Sea of Tiberias, these new Blesseds also made their own this simple profession of faith and love, living it to the extreme. Love for Christ is the secret of holiness!
Dear brothers and sisters, let us follow the example of these Blesseds, offering as they did a coherent witness of faith and love in the living and working presence of the Risen One!
Some pictures of the Alexandrina’s Beatification: 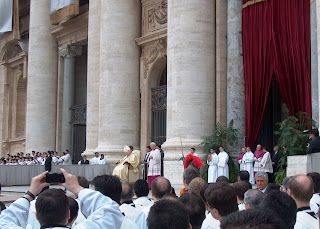 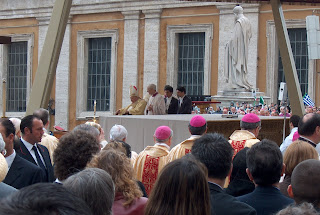 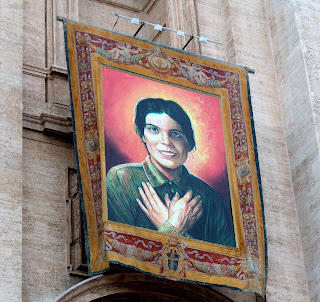 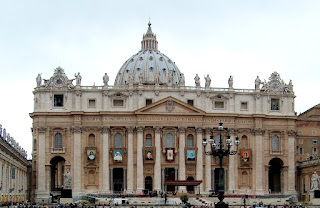 Click on the photos to see them in full size.
Posted by José Ferreira at 04:53 No comments:

New publication by Eugenia Signorile. It has the title Croce di Trionfo, Cross of Triumph, and resumes, first, the 11th Chapter, revised, of the second part of Figlia del Dolore Madre di Amore, on the Passion of the Redeemer, and ends with a new Way of the Cross composed with sentences taken from the writings of the Beata. Profusely illustrated and stretching out for 96 pages, the book was composed in Mimep-Docete, even if the issue belongs to the Eucharistic-Marian Group Blessed Alexandrina. 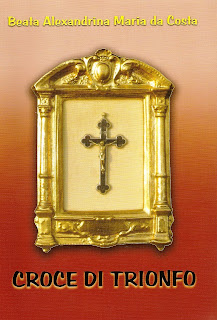 Posted by José Ferreira at 13:32 No comments:

Father Casado Neiva stated that "it’s necessary that people come here and stay longer so they can internalize and experience Alexandrina’s message".
It is by thinking in this dimension of inner growth, that the Spirituality Centre of Alexandrina Maria da Costa is going to be born, which, according to this priest, will allow people to take more from Balasar than they have so far achieved.
On the other hand, thinking of the reception of so many thousands of people, Father Casado Neiva also points to the construction of the Parish Reception Centre.
Both structures will be built close together and will "complement” each other, said the pastor.
With "some signs" that may be emerging, of a new miracle which might lead to the Beata's Canonization in the Church, Father Casado Neiva confirms "the devotion which, for some time, has been considered universal”, giving as evidence the example of the recent letters received from devotees in the Philippines, Ghana, Brazil and Italy. Diário do Minho, 26/04/2011
Note - This information is neither on Diário do Minho on line neither on the Ecclesia’s website.
Posted by José Ferreira at 11:41 No comments:

My soul waits for further trials, my heart for new attacks coming to wound it. I am full of fear. What is awaiting me! What more is to come, my Jesus? I am tired of so much suffering. The body is faint, but the will is ready; it sighs and wants nothing but Your divine will, Lord.
Yesterday I began to feel, and today I feel even more, what seems an almost unbearable craving to save the world. So great is the madness and love I feel for souls that I want to give all of myself for them. I want to sacrifice all and willingly let myself to be immolated to save them. I would like to have a dagger in my hand and to open so deep a wound in my heart with it as to give me enough blood to write all over the earth: "Repent, sinners, don’t offend Jesus anymore! Heaven is so beautiful! And He created it for you to go there”.
I wanted to go on my knees, or on crutches, to every corner of the world to leave these words, written by me and with my blood, prominently displayed. Not an inch of earth would be left without these letters: "Repent, repent, sinners”.
I do not know what else I can do, my Jesus, for Thee and for souls.
Sentiments of the Soul, 11/12/1944
Posted by José Ferreira at 00:41 No comments:

Seventh anniversary of the beatification

Today we celebrate the seventh anniversary of the beatification; see a photograph of the assembly which met in Balasar to commemorate the date. 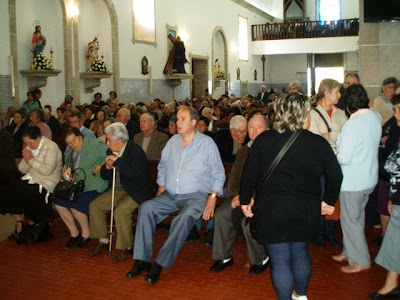 Posted by José Ferreira at 03:44 No comments:

Our wishes of Holy Easter to all the friends of Blessed Alexandrina.
Posted by José Ferreira at 10:57 No comments:

We received yesterday from Alphonse Rocha two books in French: Seulement par Amour and La Spiritualité d’Alexandrina. See here please.
The 7th anniversary of the Beatification is just coming and we know that is being prepared a beautiful leaflet in English.
In the Portuguese blog we have given much information on an Holy Mission that  Bld Alexandrina promoted in 1950 in Balasar. She was then helped by the Missionaries of the Holy Spirit.
Posted by José Ferreira at 12:15 No comments: