Open please this interesting page on the Bl Alexandrina, where she is proposed as "Patron Saint for Victims of Sexual Assault".

Bl Alexandrina’s Jump described by herself
An occasion, being me, my sister and an older girl than us working in the sewing, we sighted three men:  that who had been my master, other married and one third unmarried.  My sister, perceiving some thing and seeing them to follow our way, ordered me to close the door of the living room. 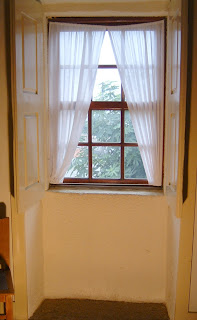 Instants later, we feel that they went up the stairs that came to the living room and had beaten to the door.  My sister spoke to them.  That who had been my master ordered to open, but, as they did not have workmanship there, we do not open them the door.
My old master knew the house well and went up by inner stairs of the habitation and the others stayed at the door where they had beaten.  He, not being able to enter to the interior by a trap that was closed and was protected by a sewing machine, caught in a mallet and tried to break the trap, to pass and enter the room.
My sister, seeing this, opened the living room door and run away, but was imprisoned, and me, seeing everything this, jumped by the window that was opened to the yard.  I suffered a great shake shock, for the window was four meters distant of the soil.  It wanted to raise me soon, but I could not, because I felt a strong pain in the belly.  With the jump, the ring that I used felt, but I didn’t notice it.  Full of courage, I caught in a stick and I entered the yard door leading to the terrace where was my sister discussing with the two married men.  Other girl was in the living room with the bachelor.  I came close to them and called them dogs and said that or they left to come the girl or then I would cry out against them.  They accepted the proposal and left her free.
It was in this moment that I noticed the lack of the ring and said again to them:
Dogs, for your cause I lost my ring.  One of them, that had the fingers full of rings, said me:
- Choose here one.
But, very angry, I answered:
I won’t.
We didn’t speak anything; they went away and we continued our work.  About this, we didn’t tell anything to anybody, but my mother came to know everything.  Shortly afterwards, I started to suffer more and all the people said that it was caused by jump.  The doctors had also affirmed that it had much concurred for my illness.
Bl Alexandrina, Autobiography
.
Picture: Jump's window.
Posted by José Ferreira at 10:48 No comments: 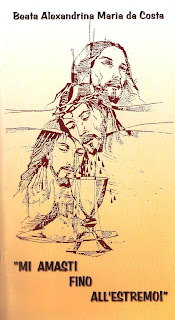 Today seems to be the day of good news. Kevin Rowles's booklet on Blessed Alexandrina has been translated into Maltese and is awaiting publication. Also, Eugenia Signorile has published a new booklet, titled "Mi amasti fino all’Estremo" (You loved me in the extreme).  As usual, the authorship is attributed to Blessed Alexandrina. The publisher is Mimep-Docete.


Also, permission has been obtained to publish Eugenia's work For Love Alone! in French.  Eugenia has also given us another small work, The Cross with a Smile, which has already been translated into French.
Mary’s Dowry Productions are preparing a DVD on the Bl Alexandrina.
Posted by José Ferreira at 03:59 No comments:

In September 2010, Balasar will have a new parish priest.  Fr Granja, Fr Antonio and Fr Paulo Sergio will leave the parish. The new priest’s name is Fr Manuel Casado Neiva.
Posted by José Ferreira at 08:02 No comments:

Blessed Alexandrina in the Archdiocese of Braga and Holy See websites

On the Holy See website, listed under those who have been beatified by the Holy Father in 2004 (April, 25), is a short biography on Blessed Alexandrina in five European languages, with a photo.
On the website of the Archdiocese of Braga, on the History (História) page, under Persons (Personalidades) will find four articles on Blessed Alexandrina (in Portuguese).
Posted by José Ferreira at 09:34 No comments:

(Those Two Hearts)
In a letter she once wrote to us, D. Eugenia Signorile said she had a fixed idea of love (these were not her exact words, but the concept was more or less the same).  So her new booklet on Blessed Alexandrina is entitled Quei Due Cuori – ‘Those two Hearts’, referring to the Sacred Heart and the Immaculate Heart.  Therefore, Love. 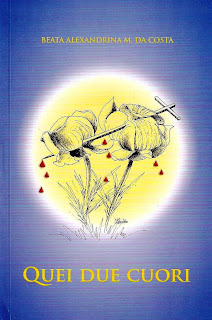 Thus it plunges us deeper in the Christian message, since "God is Love."
So many people speak of love today!  But the fundamental flaw is the lack of generosity. What is often called love is frequently a selfish personal interest, without truly giving, with no long term obligation.
Who can understand the love of God?  The love He calls us to, in his Son?  Who hears the voices of Jesus and of our Heavenly Mother calling us to love ?
It is no doubt this appeal to love that motivates the "Blessed Alexandrina” group which D. Eugenia directs and which introduces the book. 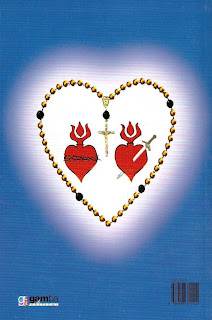 The book is organized into four chapters: the Sacred Heart of Jesus; the Immaculate Heart of Mary; Alexandrina and the two Hearts; and Trust and abandonment.
The final two chapters are very short; only the second is long.
The copyright of this small volume belongs to the Association "Sotto il Manto di Maria Regina della Pace".
Although Quei Due Cuori was printed only last month, it is already for sale online at the following websites:

Above: cover and back cover of Quei Due Cuori
Posted by José Ferreira at 08:11 No comments: